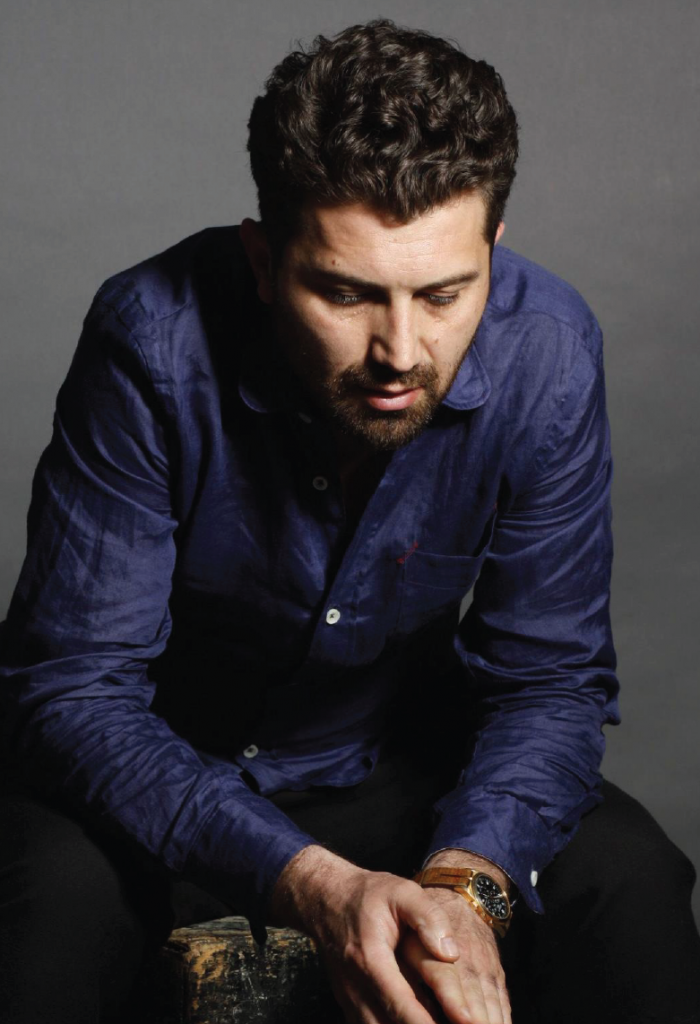 Dimitar has a Master degree in film and television directing at the class of the famous Bulgarian directorLyudmil Staykov. In 2005 he was admitted to the New York Film Academy, where he graduated in screenwriting and film directing. Also in 2009 he graduated with a master degree in film and television directing from the New Bulgarian University. In 2017, his creative nature took him to the Faculty of Slavic Philology at Sofia University “St. Kliment Ohridski” where he studied “Literature and Creative Writing”. He is also writingarticles about cinema in the Culture magazine.

Dimitar has four short films presented at international festivals. In 2019 he shot his debut feature film – “Raya’s Dante”, funded by the National Film Center. Dimitar is both a director and a screenwriter of the movie. The film got the Film Critics Guild award during the 2020 Golden Rose Film Festival in Varna, Bulgaria. With Dekidis Films Dimitar is developing his second feature.

Galina D. Georgieva is a writer and director. Her first screenplay “Rehearsals” won the First Prize of the international competition of the European organization NISI MASA (2007). She was a participant in Sarajevo Talent Campus, Project Lab, Script Station (2015), In the Palace Project Market (2015, 2019), Clermont-Ferrand Short Film Market (2020), Transilvania Pitch Stop (2020) and couple of workshops for writing and script development. Her student shorts: “Extra Safe” and „The Householder” were selected at several festivals in Europe and USA and are watched by thousands of viewers in the film platform NoBlink.

She has a lot of experience as an assistant director in major film productions (she has worked with directors such as Stefan Komandarev, Radoslav Spasov, Kostadin Bonev) and commercials (including Coca-Cola).

Galina is the author of the absurdist play “Asteroid 35 111“, based on the life of the Russian poet Marina Tsvetaeva. The play was performed at the Municipal Theater “Vazrazhdane”, broadcast on the Bulgarian National Radio and was nominated for First Prize in the national competition at the New Bulgarian University in 2018.

Galina is a lecturer in the master’s programs “Russian Culture” and “Cinema, Literature and Visual Arts” at Sofia University “St. Kliment Ohridski”.

She is currently finishing a new short film “Snowdrops at End of he Train”.

Now Galina is working in collaboration with scriptwriter Decho Taralejkov on her first feature project “Love Song for Electricity” produced by Dekidis Films. 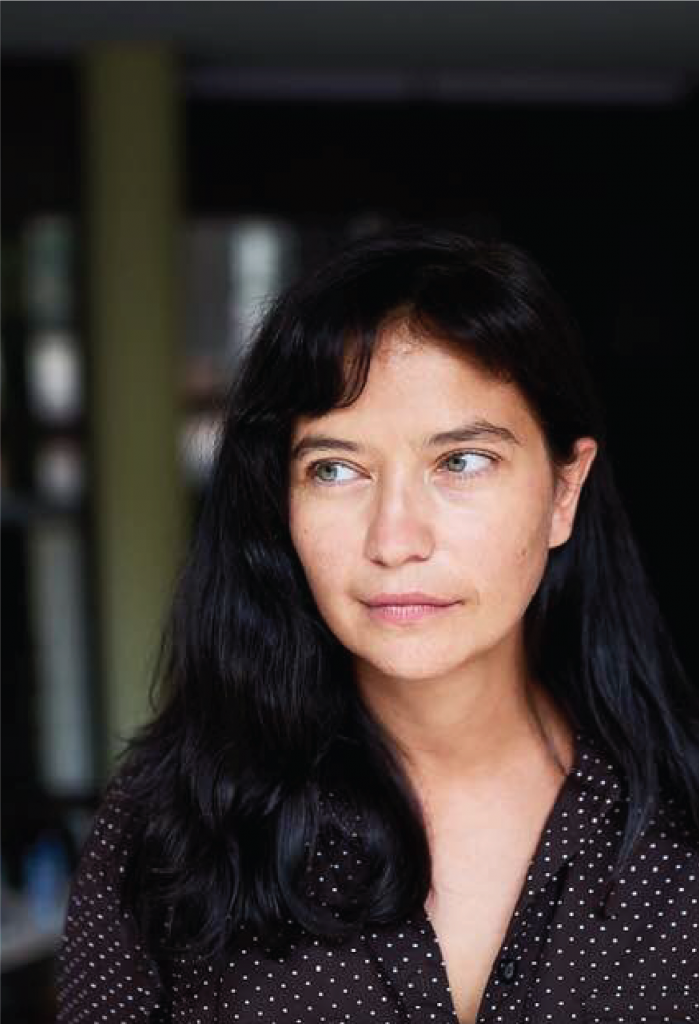 Ilina Perianova is a director and screenwriter born in Bulgaria. Coming from a multicultural family, she has been exposed to a variety of art and cinema traditions since childhood. She has graduated from the MA program “Fiction Film Directing” in Baltic Film and Media School in Estonia. Her BA is in theatre acting and directing, which she has studied in Bulgaria, France and Denmark. Ilina is the director of the short musical film “Eat me!”, the fairy tale “Snowgirl”, and codirector to the short poetry film “Queen”, which have been selected to many international festivals. Ilina’s latest short “Between me and you” is co- production with Dekidis Films. It was postponed for production due 2021. Ilina mostly works as an Assistant director and kids acting coach. She is part of the female led production company Uga Buga Art. She speaks fluent English, Russian, French and some German.

Peter is a senior student in film and television directing at NATFA in the class of Prof. Svetoslav Ovcharov. Peter shows a sense of choosing original ideas and always gets acquainted in detail with each plot and stands out with his willingness to experiment. He loves teamwork. In the course of his studies at the National Academy of Theater and Film Arts, the young director shot several short films, documentaries and television projects. He experimented with remakes or original scripts, in variety of locations, eras, etc.

In September 2019, Peter joined the pitching session of the International Short Film Festival “In The Palace”, during which he already was selected with another project. Peter presented his project “Gypsy Wedding” and won second place. Producer Eleni Dekidis was also part of the pitching sessions, she got so enthralled with the project and invited Peter to become part of Dekidis Films. 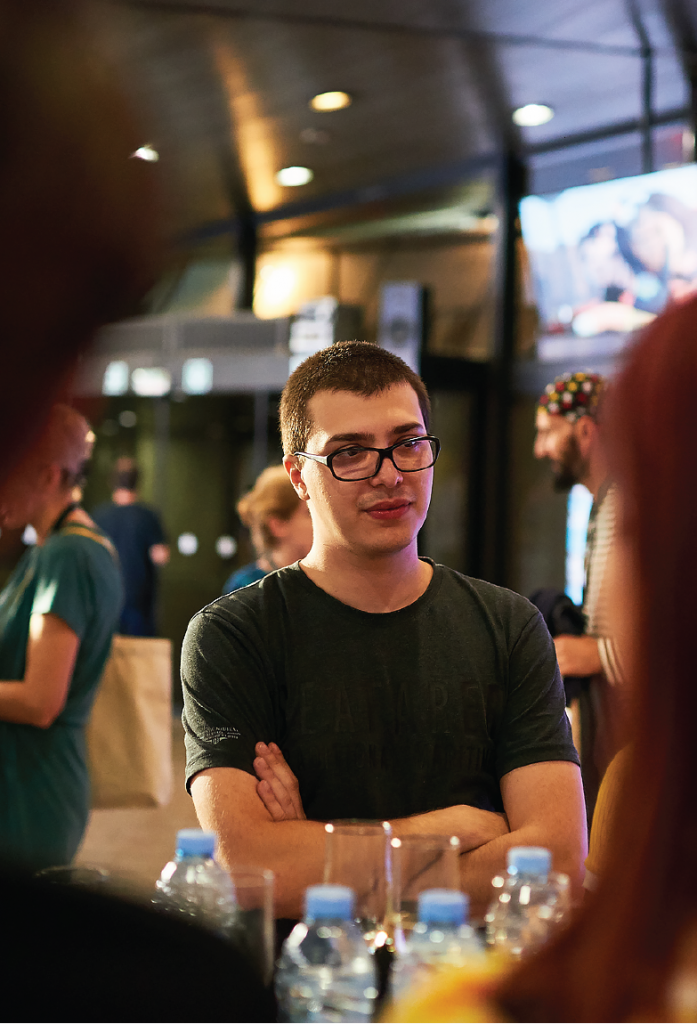 Todor Velev is a ﬁlm, documentaries and advertisements writer/director for more than ten years now. In his career he has been a part of 50+ documentary ﬁlms, around a hundred music videos and dozens of TV ads. His experience includes TV and film productions shot in Greece, Macedonia, Germany, Croatia, Thailand, United Kingdom, Bulgaria to name a few.

When creatively working he is always trying to tell a good story, knowing that before great acting, cool production, amazing music and epic cinematography, there must be a captivating screenplay. Script is king is his mantra. Todor’s main goal when screenwriting is to try to implement his sense of humor in each of his scripts.

He is currently working on a comedy TV series and a feature, developing those projects for Dekidis Films. He also has two finished screenplays in collaboration with company. Both “Breaking App” and “Writer’s block” will be shooting next year.

Her short films have participated in various international film festivals and have won awards. They are also available to watch on both Bulgarian and international streaming platforms. While studying in South Korea she interns at Korean director Lee Chang-dong’s production company and is an associate producer of Myanmar-Korea feature coproduction MAMA (dir. John LaRaw), released in Myanmar in 2018.

Her first feature film project received the Project development funding from the Bulgarian National Film Center. With Dekidis Films Yana is working on two projects – a feature film called “The Death of the Butterfly” and a Tv series called “The Dream of the Willow”.

Leave us a message